Enjoy the best Iberico and Serrano Ham  Visit our shop!
The star food of the Mediterranean diet and particularly of Spanish cooking is Serrano ham, and just like with other raw or undercooked meats, it is allowed during pregnancy in those women who have previously had toxoplasmosis. But can pregnant woman who have not been infected with this disease also consume ham?

What is toxoplasmosis and who can get it?

Toxoplasmosis is an infectious disease caused by a parasite called Toxoplasma gondii. This disease can be contracted in the following ways: Most of those who are infected do not actually have the disease, but the parasite can cause serious problems in some people, including those with a weakened immune (defence) system and babies of mothers who contracted the infection during pregnancy. The condition can lead to lesions in the brain, eyes and other organs. However, medical treatment does exist for these cases.

Generally speaking, if a woman has not had toxoplasmosis prior to her pregnancy, she should avoid eating raw or undercooked meats because of the risk of contracting this disease during pregnancy. However, more recent research has concluded that this is not the case for ham. In fact, the more cured the ham is, the lower the risk of contracting toxoplasmosis during pregnancy. According to various studies, a long curing process, the salt and other factors make it unlikely that the parasite causing toxoplasmosis can survive.

Furthermore, if a woman has not had toxoplasmosis before her pregnancy, it is unlikely that she will catch the infection if she maintains a similar diet during pregnancy. As an additional fact, any packaged product by trusted brands that can be found in supermarkets has passed rigorous and exhaustive quality controls, and should therefore be free of this and other diseases.

One of the main recommendations is that the ham must have been frozen and then thawed prior to its consumption. The toxoplasmosis parasite cannot survive being exposed to temperatures of -20ºC for two days, or -10ºC for three days. Therefore, products that have been frozen under these temperatures and for these periods of time may be consumed, after having thawed them slowly.

Ham's Processing and its Infectivity

Most studies that have analysed the presence of toxoplasma in cured products derived from pigs agree on the low rate of positivity (per se presence of the parasite in the medium) and infectivity (ability to invade an organism and cause infection). This is due to the effect of processes such as salting, which significantly reduces the viability of the toxoplasma. In this context, ham is a special case when compared to other products, since it is processed in a more complex way: Normal salt concentration in ham is 5-8%, although higher concentrations can be found. This is very relevant, since a salt concentration above 2% causes the toxoplasma to lose its infectivity; when this processing is combined with nitrites, the effect is even greater. In ham, nitrite is an additive that prevents the growth of microorganisms. Additionally, it gives the ham the characteristic reddish colour and contributes to its aroma.

Ham's curing time is an important mechanism when it comes to deactivating the parasite Toxoplasma gondii, which is reassuring when it comes time to eat the product. This process seems to play a very important role in reducing risk: the longer the curing time, the lower the risk of infection.

In 2011, the Journal of Food Protection published the results of a study carried out by specialists in Nutrition and Food Science at the University of Zaragoza, regarding the relationship between the ham's curing process and the survival of the toxoplasmosis parasite in the product. For this study, pigs that were naturally infected with the parasite were evaluated. The hams were analysed after 7 and 14 months of curing, time in which the company began selling the product. At the end of the study, no viable parasites were detected in the product, thus concluding that the consumption of ham poses a minimal risk of contracting toxoplasmosis.

Another study, in this case carried out by the Andalusian Technology Centre in the Meat Sector, with support from Andalucia's regional government and their Ministry of Innovation, said that the consumption of Iberian ham is not harmful for pregnant women, due to its curing process that decreases the risk of toxoplasmosis.

Given all of the above, we cannot categorically state that Serrano ham is not infective, however the probability of infection is negligible.

So can pregnant women eat ham?

One of the problems that some experts see is that when a pregnant woman goes to the store to buy ham, the curing time is not specified on the product label. However, this important information should always be on the label, not just for pregnant women but as something that is also useful for the general public.

However, if a ham is purchased from a trusted store and a well-known brand, and it has been properly salted, processed at the right temperatures and with a long curing time, it is very unlikely that the ham will contain the parasite and that the parasite has been able to survive for such a long time.

In conclusion, we can say that the longer the ham's curing time (14-24 months, or more), the safer its consumption. Thus, if a pregnant woman has a craving for ham, she can act on it as long as she takes into account the recommendations for the product's minimum curing time. 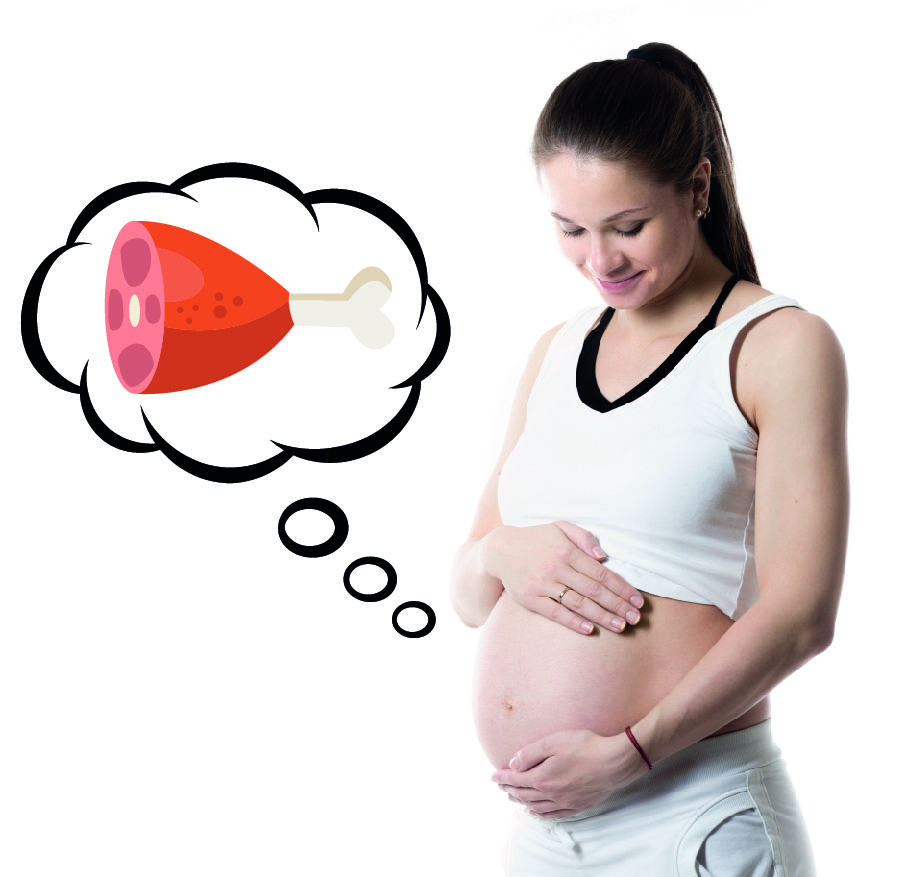