If you go into any Spanish home, one thing you'll almost always see is a selection of cold Iberico sausages. Known in Spanish as "Embutidos," these delight the whole family from the youngest member to the oldest. They're an excellent choice for dinner, a snack or as part of a meal for school or work. However, all sausages are not created equal!

Choosing Iberico sausages means choosing a quality and flavor like no other - and they're healthier too! The secret to both the flavor and the health benefits of Iberico sausages lies in the quality of the animals they come from.

Iberico sausages must be made from pork from at least 50% Iberico pigs which must be either purebreds or first-generation crossbreeds. Fed on a traditional diet and raised according to the highest standards of quality, it's no surprise that the result is something remarkable.

Iberico sausages are one of the most obvious and widespread signs of Iberico culture, as well as being one of the most valued meats in the world. Abroad, they're recognized as a uniquely Spanish delicacy with a centuries-long tradition of culinary excellence behind them, while within Spain they're both a common food and a delicacy, the way only a native food can be. They're consumed alone or with bread, and the different Spanish regions produce local specialities. 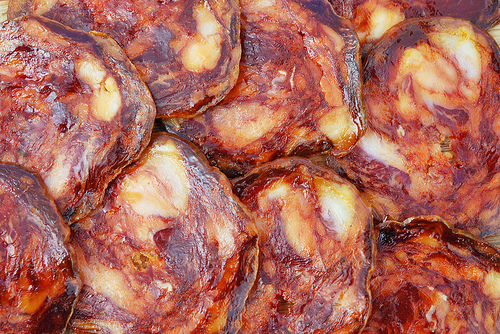 The basic raw materials for creating Iberico sausages are lean meat, fat, salt, and paprika, with garlic sometimes used too. Once the animal has been butchered a specialized worker will select the meat and fat by hand and weigh and monitor it to ensure quality.

The meat is then passed through a mincer and kneaded to ensure even distribution, before being mixed with the other ingredients and left to stand at 4°C for about 12 hours. While all this has been happening, intestines have been carefully cleaned and prepared for use as casings.

The meat and flavorings will be stuffed mechanically into these casings and the chorizo is now ready - apart from one thing. It looks like a chorizo, but it will need to be hung in a warehouse for three to five months to cure before it's ready to pass muster as a true Iberico sausage!

Next, it's cleaned and the surface salt is striped away, and the meat is bathed in olive oil, garlic, paprika and oregano and left to marinade for two to four days before being minced, stuffed into casings and hung in a cool,dry place for a period of between 60 and 90 days to reach the desired degree of cure. The result is a tasty sausage of unusual quality, widely considered a gourmet treat! 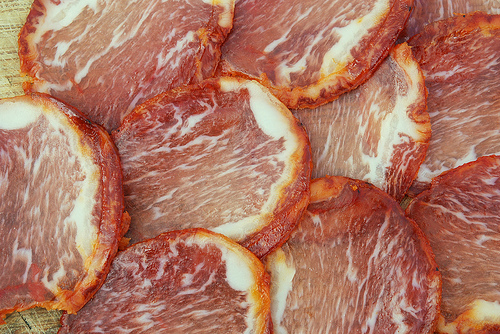 Cured loin sausage is a variant of Iberico loin sausage. A traditional cure is followed, using only saly with no dyes or additives of any kind, and the typical curing time is long - as much as 150 days. This procedure is only performed with loin of the highest quality, and as a result, Iberico cured loin sausage is considered to be one of the bright lights of Spanish cuisine.

To prepare the sausage, the basic technique is identical to that employed in making other Iberico sausages. The secret is in the details! The selection of meat and fat, for instance, is just the same. What differs is the herbs and spices used,and the fact that cured loin sausage is boiled prior to curing.

Black pepper, salt, coriander and nutmeg are used in a traditional Iberico cured loin sausage, and the meat mixture is left to marinade for about 24 hours before being left to stand for as long as 40 days, though some producers like to smoke it. After this, the sausage is boiled for a couple of hours in water containing bay leaves, cloves, onions and pepper, before being stuffed into natural casings to be subsequently cured in a cool, dry place. 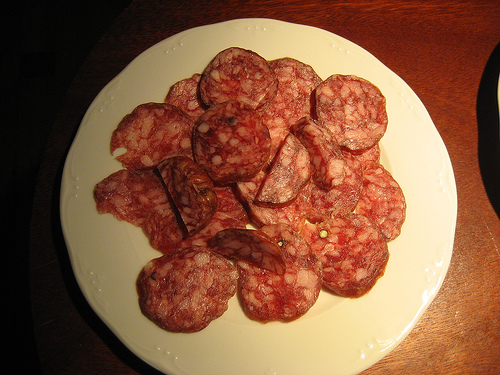 As we can see, the quality of Iberico sausages is determined by the quality of the meat as well as the exquisite care and traditional craftsmanship that go into making the finished article. The best brands keep their secrets close to their chests, while being constantly monitored for quality, so a major brand is a great choice to make sure you're getting the best Iberico cuisine has to offer.