As we have already seen, ham is deeply ingrained in Spanish popular culture. A product that has occupied a central place on the tables of the entire peninsula for centuries, today Iberico ham has become part of the backbone of Spanish identity. When you dig a little into the literature of the Spanish-speaking world, we can quickly find references to ham - and not just in the recipe-books!

Ham in the Literature of Antiquity

It is difficult to set a specific date defining the starting point of Spanish ham culture. Certainly, techniques and ways of life of the ancient Iberian settlers produced something like ham long before anyone used the word "ham” in a text!

But if we stick to the documents, the first to mention ham was Cato, who lived in the third and second centuries BC. In his De Agri Cultura, Cato establishes the first recipe with all steps for the development of this product, including how it should be salted, washed, dried, dipped in oil, smoked and conserved. 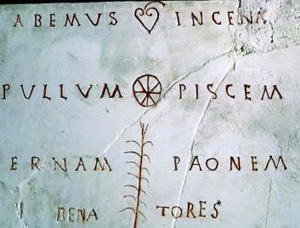 A menu including ham, from Pompeii

Later, in the first century AD, Strabo refers to hams in his Geographica after a trip through the peninsula. According to him, the Kerretanoi, an Iberian people who inhabited the Western Pyrenees, "produced excellent hams, comparable to the Cantabrians".

Ham and the Golden Age

The Golden Age of Spanish letters left lots of references to ham, at a time when the pork industry was becoming popular throughout the peninsula and a good ham was the ideal companion for any traveler. This fact is reflected in an abundance of references to ham in the literature of the time.

For instance, in La Celestina, Francisco de Rojas Zorrilla says: "There’s enough in the pantry not to fall into starvation: white bread, Montviedro wine and an ham...". The poet Baltasar de Alcazar also cites the ham in the poem Three Things as one of his three favorite things in life besides his beautiful Agnes and eggplant with cheese. 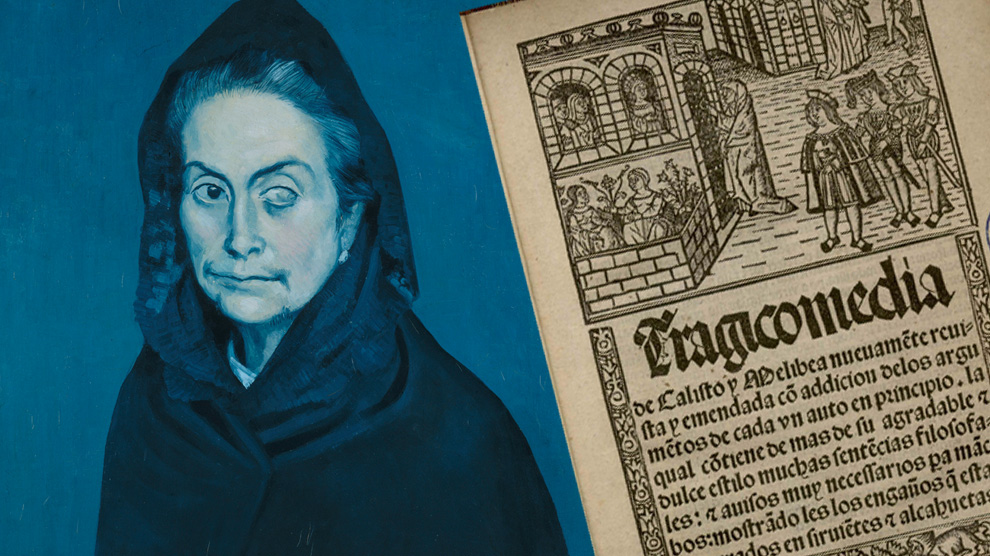 The fame of the ham-producing regions that today produce the best products is expressed in works of such renowned authors as Cervantes, who in his The Fraudulent Marriage recommends slices of Córdoba ham to cure a convalescent. The same applies to Lope de Vega, in his Epistle to the Accountant Gaspar de Barrionuevo where he refers to Huelva hams: "Spanish ham from the famous Sierra de Aracena.”

In the year 1958, two Spanish literary giants crossed paths. One, Rafael Alberti, was an exile from Franco’s regime. The other, Nicolás Guillén, met him in Buenos Aires after fleeing the Machado dictatorship in Cuba and then the fascist occupation of France. 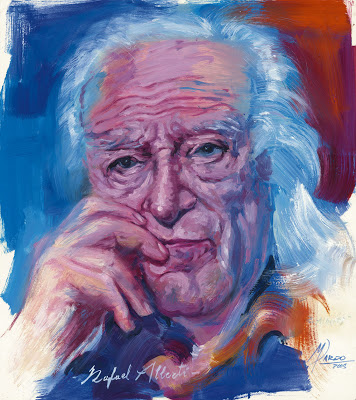 As a token of appreciation, Guillen gave Albertia ham and with it, a sonnet, which Alberti duly answered. The result was a feast of ham, in which several common friends shared a bohemian wedding, reading each other’s sonnets, all on a rainy day.

More recently we can include Camilo José Cela’s comment about ham, which explains that it can be enjoyed through smell, but also by sight and taste. "It has a characteristic of blessed bite", states his strong praise of the ham.

These small fragments serve to get an idea of the importance of this precious delicacy in Spanish society, through their great writers. And in the words of a traditional Spanish saying: "Put me in the sun and give me wine and ham!”