Enjoy the best Iberico and Serrano Ham  Visit our shop!
There is often confusion among consumers regarding Iberian products and a lack of knowledge when it comes to the different designations currently used as quality standards. For example, we see how consumers generally use the terms "Iberian ham" and "acorn-fed ham" as synonyms, assuming that the same product is referenced in both cases.

The designation "Iberian", which can be applied to products from animals that have been crossed with other breeds according to current regulations, coupled with expansion of grain-fed products, has led to the coexistence of products derived from animals as different as pure, acorn-fed Iberian pigs (that are traditionally raised free-range in the meadowlands), and crossbred grain-fed pigs (that are commercially reared in large scale production). Products with very different characteristics and qualities are obtained from both types of animals. 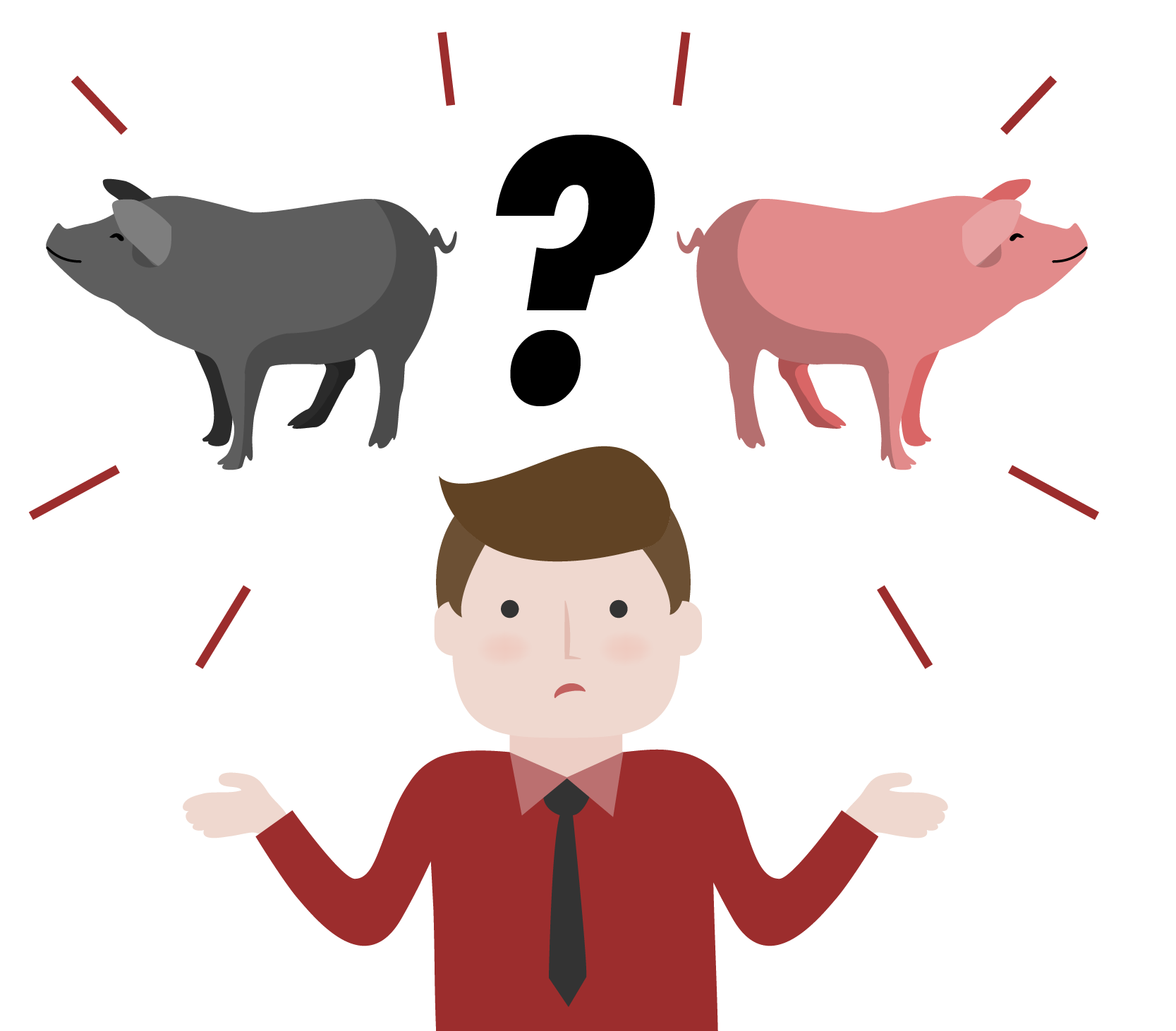 Products from intensive and extensive systems

For several years, there has been a clear predominance in the market of products that come from intensive, grain-fed pig farming (of inferior quality), animals that are raised in pens or in closed warehouses, which contrasts with the sustained balance that is found in the extensive farming of acorn-fed and grain-fed pigs that roam free.

The extensive farming system is closely tied to the rural environment and is conditioned by a specific quantity of livestock that maintains this environmental balance. In this case, production is limited and the products obtained in this system are therefore defined as exclusive, with their own organoleptic characteristics and high-quality attributes. As an additional fact, fewer products are being sold in recent years that come from free-range grain-fed animals, with the trend heading towards their disappearance from the market.

Representatives of the traditional sector state that the generalisation of the term "Iberian", which also groups animals that are crossed with other breeds such as the Duroc pig, generates a lot of confusion among consumers. Currently, in compliance with current regulations and as indicated in previous entries, Iberian products are grouped into the following categories which can be identified according to an assigned colour on the seal:  Additionally, when choosing and differentiating the pieces, different factors should be taken into account such as the observation of basic morphological aspects such as the slenderness of the animal's leg, the black hoof or the piece's slim silhouette, in addition to the details on the labelling that, among other things, should reflect the breed of the animal that the product comes from, the breeding and feeding method used, etc. The Denominations of Origin (DO), Protected Geographical Indications (PGI) and specific denominations also act as important guarantees in the case of products of an even higher quality.

Which is the best ham?

The best ham in the world, of the highest quality and the most frequently imitated is the ham that is produced in "montanera" in some regions of Spain, where a number of exclusive factors come together to make this product a reality: meadowlands with acorns, pigs from the Iberian breed, and natural conditions pertaining to a special microclimate that are essential to the ham's curing process. All of this allows producers to obtain a unique product, considered by some to be one of the four aces of Western cuisine along with truffles, foie gras and caviar, which can easily be set apart from the rest due to its quality, sensory properties and nutritional benefits, in addition to its higher cost. We're talking about one of the most representative, exclusive and valuable foods of Spain's cuisine and the Mediterranean diet, a title that is well deserved.

Other aspects to consider

The colour of the hoof, just like its hardness, depends on the amount of keratin and the melanin content, which depends on the pig's breed and diet, and also has an impact on its quality. It is for this reason that, for example, the leg of an acorn-fed Iberian pig that is produced in the appropriate way will tend to provide the highest quality ham.
The best products come from purebred Iberian pigs, which were once a local variant of a breed from the area, the "spotted Jabugo", which is characterised by having light skin with the presence of black and red spots that are spread out unevenly. This breed is in danger of extinction and its breeding requires certain care, which also has an effect on the product's elevated cost.